Giants in the park a Nantes

In Nantes we went to visit Le Jardin des Plantes, a beautiful public garden with lots of pretty ducks and trees and lawn and fun sculptures. 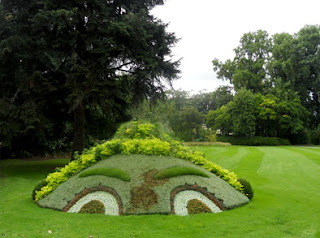 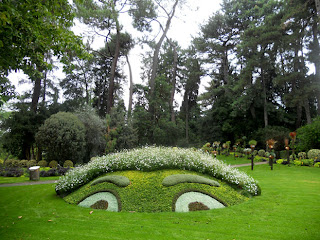 Kevin bumped into his cousins 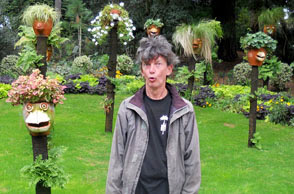 Sylvie sat on a bench, there is definitely giants round here! 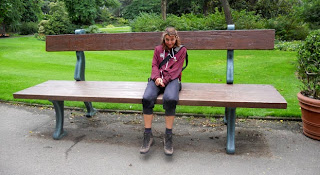 Oh yes, them there Geanantes giants, they are big they are! 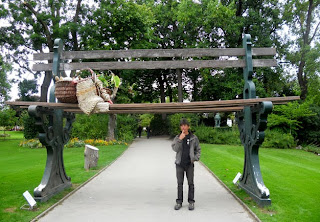 Nantes is currently Green Capital of Europe, Bristol will be in 2015 when Nantes will be European Cycling City!
We found a group called Dynamots in Nantes who do bicycle and poetry rides and who relayed Vitoria-Gasteiz (Spain) and Nantes by bicycle during 3 weeks this May (both European Green Capitals 2012 & 2013).

And so we arrived in la Sarthe. First a beautiful forest, la Forêt de Bercé. It was very hot and the cool refreshing forest was the only pl...

In a certain corner of Bristol, the name of which I do not care to remember there lived the perfect Stokes Croft couple who filled up the corridors of their flat with bicycles and trailers.

They had an occasional stew, sausages on Monday more often than not scrambled vegetables, gripes and grumblings the rest of the week.

They filled their heads with dreams of cycling adventurers ,the Bici Clown, the Magnificent Revolution, the Pleasant Revolution, the Cyclowns, Dummy Jim and all sorts of other impossible nonsense like fresh air and endless cycle routes.

In short, their wits being quite gone, they hit upon the strangest notion that ever a couple in this world hit upon and that was that they fancied that they should make cyclist-errants of themselves and set forth roaming Europe on bicycles.

And so, led away by the intense enjoyment of these pleasant fancies they set themselves forthwith to put this scheme into execution.

Take a meander through our past