Thank you Laboratirio de Actividades Creativas for all the fun! 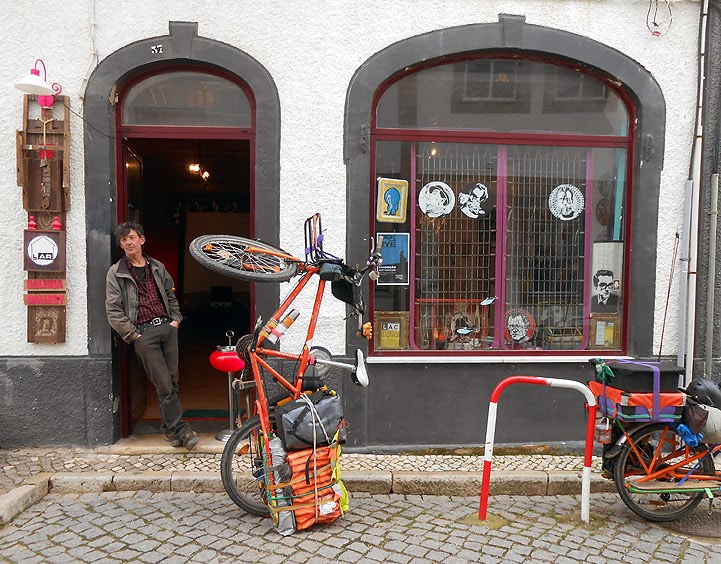 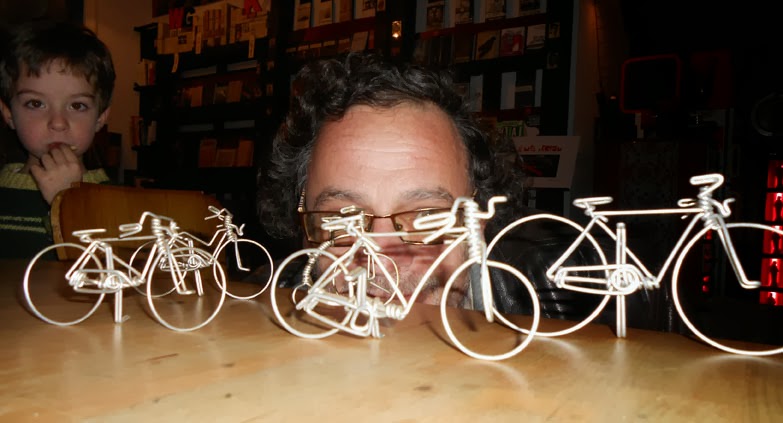 Another world is possible - it's a world full of bicyles!

In Barão São João we met Ben Edwards who is bringing a bit of bicycle culture to this far flung place, playing bike polo, restoring old portuguese bikes, running a bike repair shop and thinking about creating a little cyclists retreat, a place to stop on your way to Cabo de Vincente.

You can find him playing polo on the village playground/football pitch/fleamarket square or at his house. Just ask for the Bikey Hut, formerly known as the Reiki Hut. 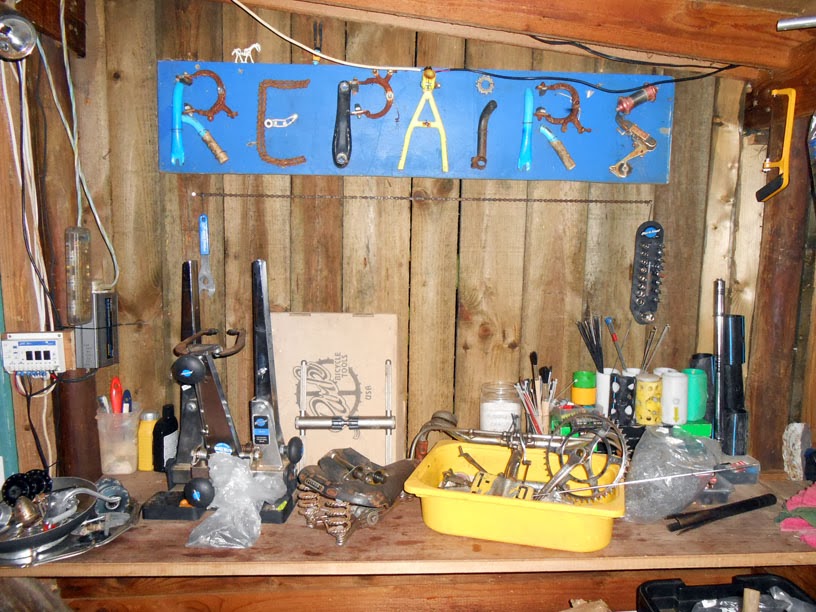 Reiki Bikey Pudding and Pie
kissed the girls and made them cry...
Does Reiki work on bicycles?
From Barao you can find your way to Lagos either following signs to Bensafrim which will take you on the main road which isn't too busy or signs to Monte Judeu which is a nice ride through the hills and then meets the Bensafrim road.

Only gods live in Sagres

It only took a few attempts to get through the ring of german hippies and we finally made it to Sagres!
Here is Kevin at the formidable fort lloking for giants and gods. 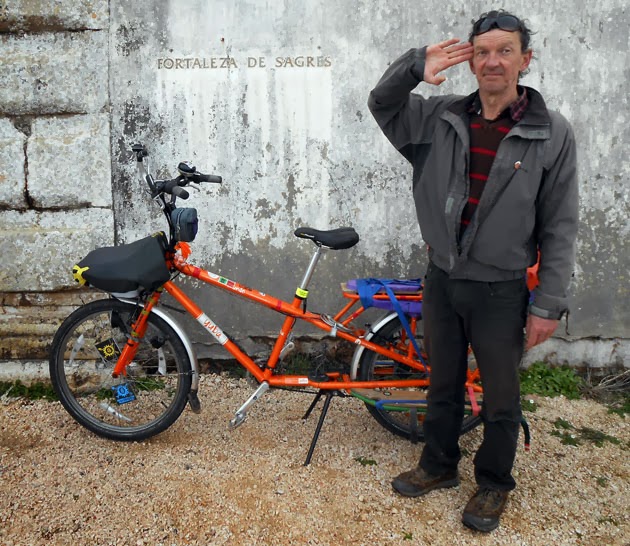 Being so close to the end of the world we thought we might as well go and have a look at it.
And there we found the beginning of all beginnings of the Eurovelo 1.
Next stop Trondheim! The Ecovia, which forms the portuguese part of the Eurovelo 1 is a little worse for wear, the signs are rusty and illegable - not that there is much information on them though. 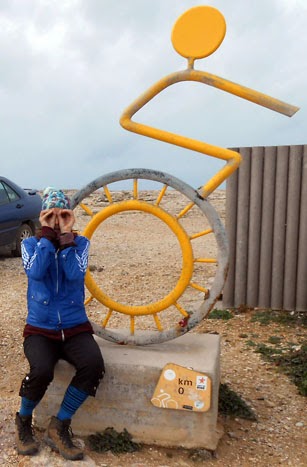 Kilometre zero. The other half of this bicycle we guess is at Trondheim. We shall go and find out. 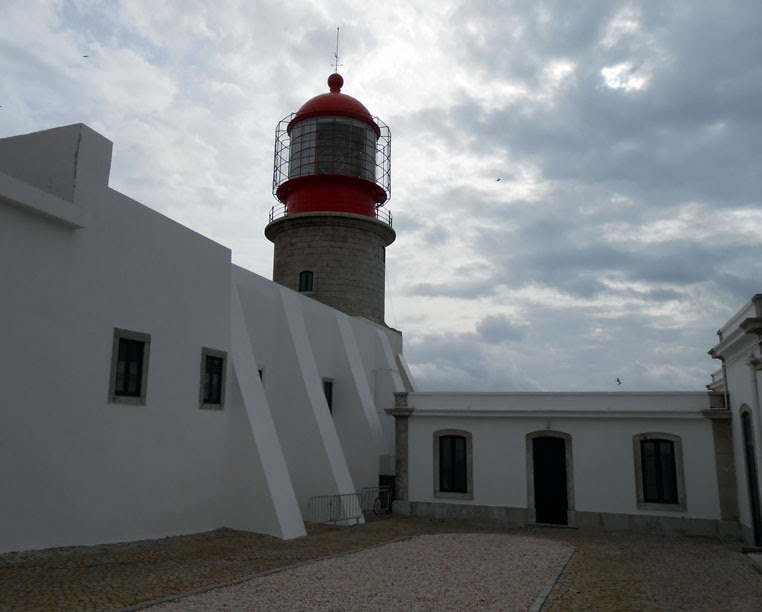 The lighthouse at the end of the world on top of the giant cliffs. 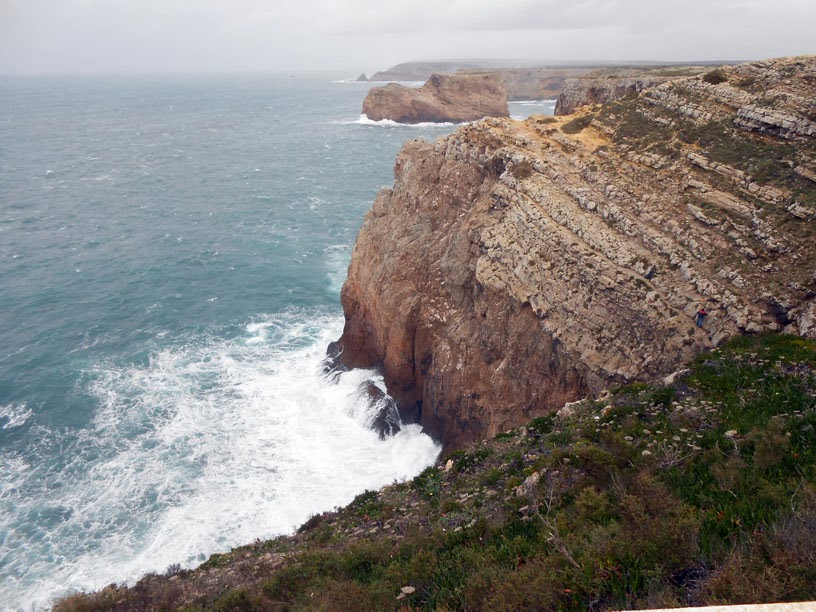 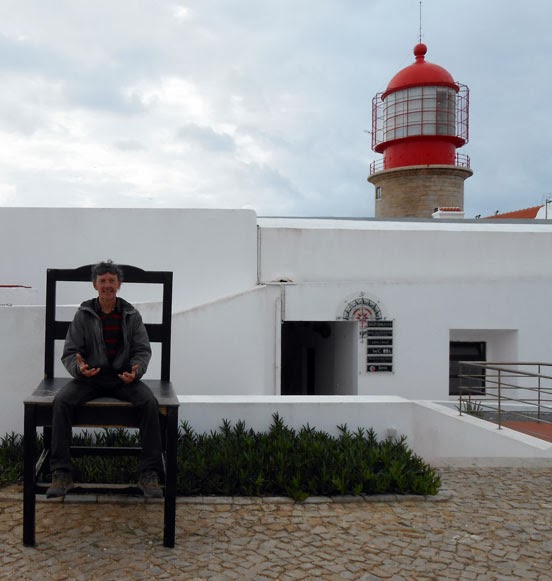 And Kevin dared to sit in the giants chair! Luckily the giant was nowhere to be seen. 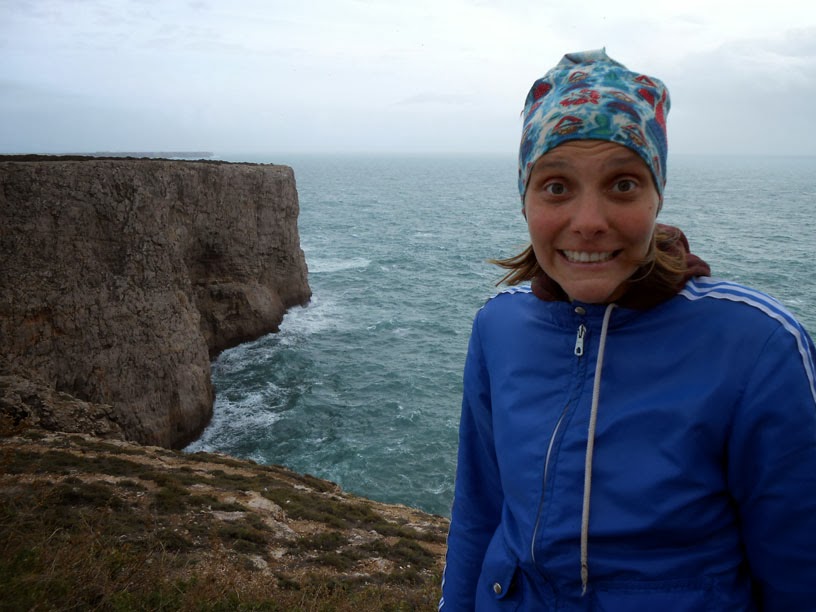 Huuuuui! The big waves are coming and a storm is on it's way which will carry us back to Barão São João.

The cycle route from Cabo de Vincente is nice. It's quite well sign posted all the way to Lagos.
It goes on the quiet road to Sagres, then on the old road, next to the new road to Vila do Bispo (here it's a bit tricky if your coming the other way. Going to Sagres find the Lidl, cycle straight past it and carry on on that road). From Vila do Bispo it takes you round the back, through the industrial estate and then little tracks to Raposeira where you cross the main road and then cycle through pretty country side all the way to Figuera. There is only one point where we weren't sure wether to go left or right. We went right, but looking on the map later it looks like it doesn't really matter.
In Figuera you can either go to Salima over some pretty steep hills or go on the main road to Budens and then find it there again following the signs to Salima.
The rest to Lagos we don't really know as we got lost in Praia de Luz, where the developers have caused havoc, digging up plots for houses all over the place, destroying the road markings. We went the up and downy way past the Forte de Almadena. In Luz you can look for the campsite and then a little after that there is a back road/track going to Lagos through the golf course.

If you need a bike shop you could go another way and go through Barão São João and pay a visit to the Ben Edwards at the Bikey Hut (also known as the Reiki Hut) and then go to Lagos via Bensafrim or Monte Judeu.
See the post above for more details of the Bikey Hut.
No comments:

On our little walk round the village of Barão São João we made friends with some rather delightful giants. 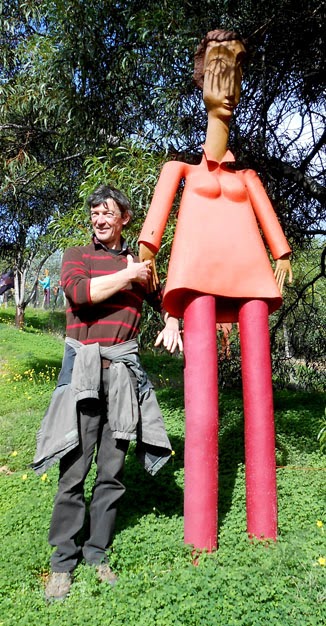 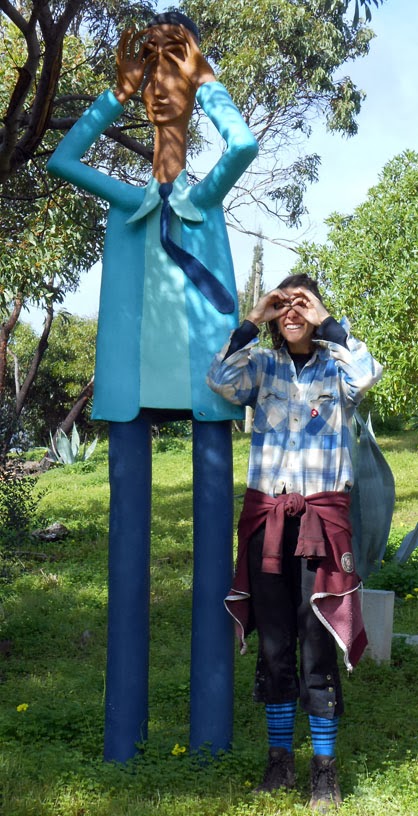 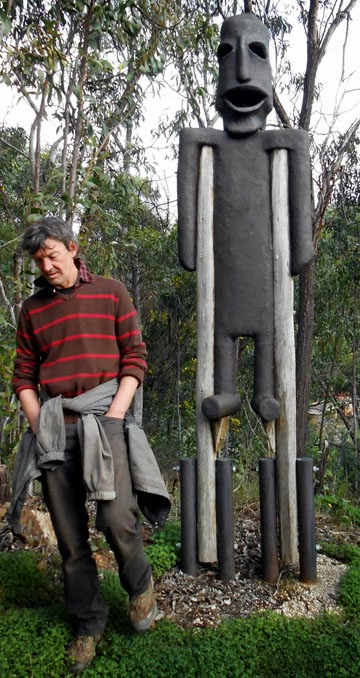 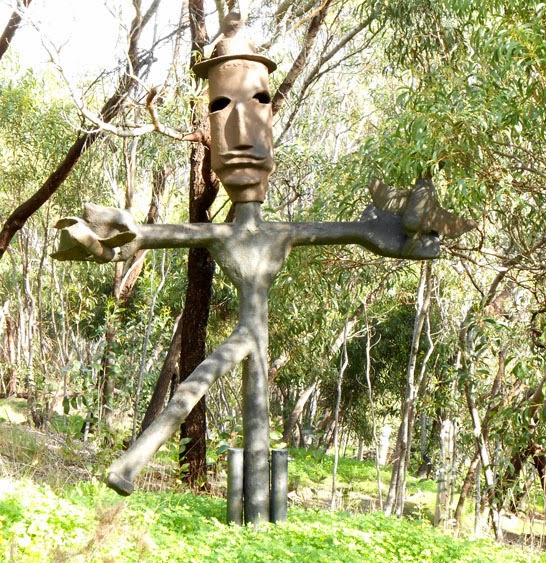 There were lots of them everywhere, even one on stilts!

And so we arrived in la Sarthe. First a beautiful forest, la Forêt de Bercé. It was very hot and the cool refreshing forest was the only pl...

In a certain corner of Bristol, the name of which I do not care to remember there lived the perfect Stokes Croft couple who filled up the corridors of their flat with bicycles and trailers.

They had an occasional stew, sausages on Monday more often than not scrambled vegetables, gripes and grumblings the rest of the week.

They filled their heads with dreams of cycling adventurers ,the Bici Clown, the Magnificent Revolution, the Pleasant Revolution, the Cyclowns, Dummy Jim and all sorts of other impossible nonsense like fresh air and endless cycle routes.

In short, their wits being quite gone, they hit upon the strangest notion that ever a couple in this world hit upon and that was that they fancied that they should make cyclist-errants of themselves and set forth roaming Europe on bicycles.

And so, led away by the intense enjoyment of these pleasant fancies they set themselves forthwith to put this scheme into execution.

Take a meander through our past